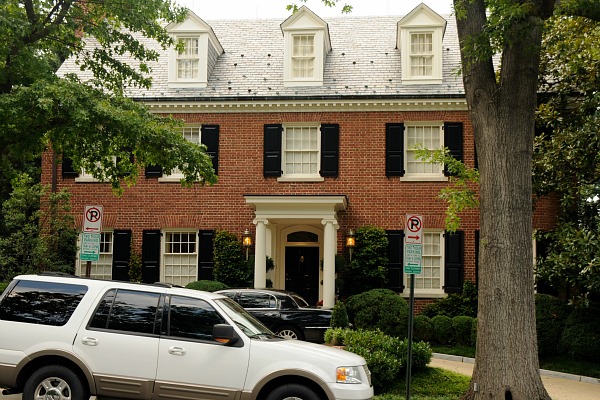 Bill Clinton (b. August 19, 1946) served as the 42nd President of the United States from 1993 to 2001. During his two terms in office, he attempted health care reform and signed the North American Free Trade Agreement into law. After leaving office, Clinton created a foundation dedicated to addressing and improving health, education, economies and environments worldwide called the William J. Clinton Foundation. He and his wife Hillary moved to this single-family brick house near the Naval Observatory in Washington, DC, after leaving the White House.