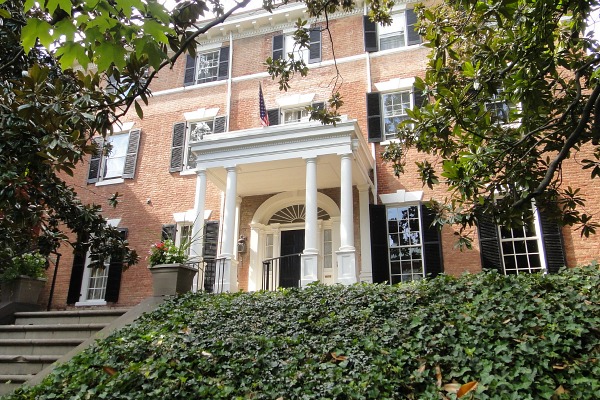 Jackie Kennedy (b. July 28, 1929; d. May 19, 1994) was born in Southampton, New York. As a young woman, she had ambitions as a writer and poet. She attended Vassar College in New York and both George Washington and Georgetown Universities in DC. After graduating with a BA in French Literature, Jackie was hired as the Washington Times-Herald’s Inquiring Camera Girl. The position got her close to DC heavy-hitters, like Pat Nixon, Richard Nixon and…Senator John F. Kennedy. Jackie and John were married in 1953. Then, in 1960, John was elected 35th President of the United States. As First Lady, Jackie took care of their children and restored the White House decor. She also became a fashion icon, known for her impeccable style. Following John’s assassination in 1963, Jackie lived briefly at the house of friend and politician Averell Harriman before buying this house, located at 3017 N Street NW. She lived here only briefly and, in 1964, moved to New York.

Where else did Kennedy live?