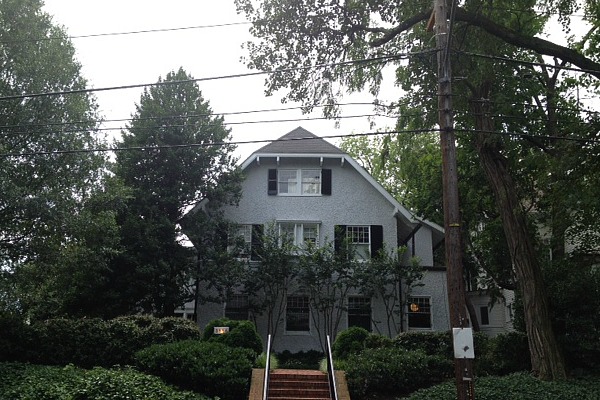 Jim Lehrer (b. May 10, 1934) is a journalist, known for his longtime role as a news anchor and host for PBS. He is also a highly respected moderator of the presidential debates, hosting a total of 11 to date. Lehrer got his start in journalism as a reporter for newspapers in Dallas, covering the assassination in 1963 of President John F. Kennedy. He then began working in public television, leading to a longtime affiliation with Robert MacNeil as a co-anchor on The MacNeil/Lehrer Report. MacNeil left the show in 1995, prompting officials to rename the show The NewsHour with Jim Lehrer and then the PBS NewsHour. Jim Lehrer is also an accomplished novelist, with more than a dozen titles to date. He lives with his wife Kate Lehrer in this 1907 estate in the Cleveland Park section of Washington DC.