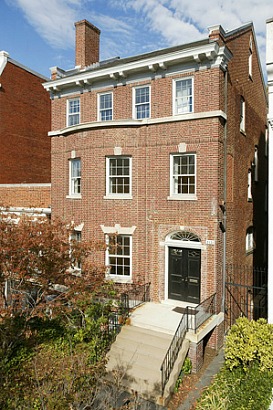 Jon Huntsman (b. March 26, 1960) is a former governor of Utah and US Ambassador to both Singapore and China. He has served in the administrations of four US presidents and made his own run for the 2012 Republican presidential nomination. A few interesting facts about Huntsman: he is Mormon; he won his second term as Utah’s governor with 78% of the vote; he speaks Mandarin fluently; he is CEO of Huntsman Corporation, his family’s business; and he bought the DC house that was the setting for Top Chef’s seventh season. This federal style townhouse shares a block with the Embassy of Nepal in DC’s Kalorama neighborhood.